The Day After Valentine 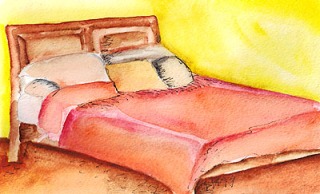 Lana couldn’t remember a thing. She felt nauseous while scanning the room, the stench of outside garbage drifting in from the open window. After giving the room a once-over, Jim walked in, wearing a dingy wife-beater and familiar boxers. The ones with patterns of red lips on them that sagged in the rear. The same ones he wore last night and was nasty enough to slip back on, apparently.

“You want coffee?” he asked her, now sitting on the bed with white crust in the corners of his mouth.

Lord have mercy, she thought, what am I doing here with him?

“Mama brewed a fresh batch. I can get you some, if you want.” His voice was poor-sounding to Lana. She could hear his spit turning and sloshing against his mouth with each word.

Lana turned to the nightstand and looked at the red box of chocolates she’d eaten a fourth of  as she pulled the sheets over her. She felt his hand on her shoulder and scowled under his fingers that felt like damp clay. Pulling her arms together and tucking her body into a ball, she remembered every damn thing now. The gold ban on her left ring finger jogged her back to Vegas lights and them both wearing gem-studded Elvis-like jumpsuits, saying I do.

Maxine looked out her window at the neighborhood from her second floor, blowing halos of smoke from those dark lips and lactating while the baby lay screaming in the crib. The perfect life of birthing a child and marrying Sammy hadn’t come together after all. Never had she figured he’d lay dead by her hands for wanting to leave. Sure did wish the child would cease all that hollering. She finished out the last of her smoke and pushed back from the window opening. Darn near tripped over Sammy, blood still warm, when she lifted the baby to feed it.

Blunt Tales from the South (No. 1): Love, Marriage and Contemplating Murder 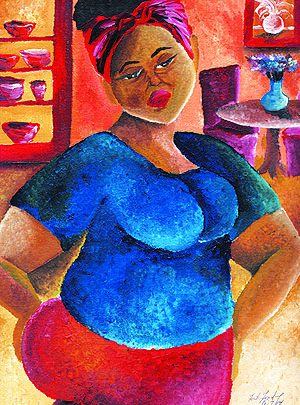 Myrna’s heels were worn down from walking in her own kitchen, feeding her husband who’d grown old and solid in weight. Day in and day out, she whipped up meals according to his taste buds but she often had a mind to poison him. While he sat and seemed helpless enough sitting on two bone-rotted hips, he talked too much. Sometimes, he’d ring a bell to be served a glass of water or holler out some command while she was watching her soap operas. Myrna simply loathed the idea of a broken down man issuing commands to her. If she could just kill him and get away with it, she would’ve taken them both out of misery.

“Shut up, you old buzzard!” Myrna had jumped off her warm seat on the couch, missing a cliffhanger to fetch Paul’s spoon off the floor he’d dropped. “I’ll burn up this house and leave you here if you don’t stop messing with me.” Her lips were tight and hearing her deepened voice, Paul’s eyes bucked.

He looked to be marinating a thought. “No, you won’t, you ole crusty woman.” He then worked up a wad of spit and blinded Myrna’s right eye.

“Uggghhh!” Myrna balled her fists and threw Paul an uppercut, sending his bottom gums bumping with the top, as his teeth were soaking in a glass in the kitchen window.

She then stared at the sagging old man Paul had turned into. Couldn’t believe she’d fallen in love with him twenty years ago. Had she envisioned the scene she was in with him now, she’d have stayed single and whorish. And just that quickly, she began missing those Friday nights at Foxy’s Club, eating smoked ribs and collards in a haze of tobacco-stained teeth men who only desired a soft round bottom against their palms at the end of the night with no strings. What was in her mind that made her give away that kind of freedom? What lines had this drooping buzzard laid on her ears all those years ago to ultimately bring her life to this? 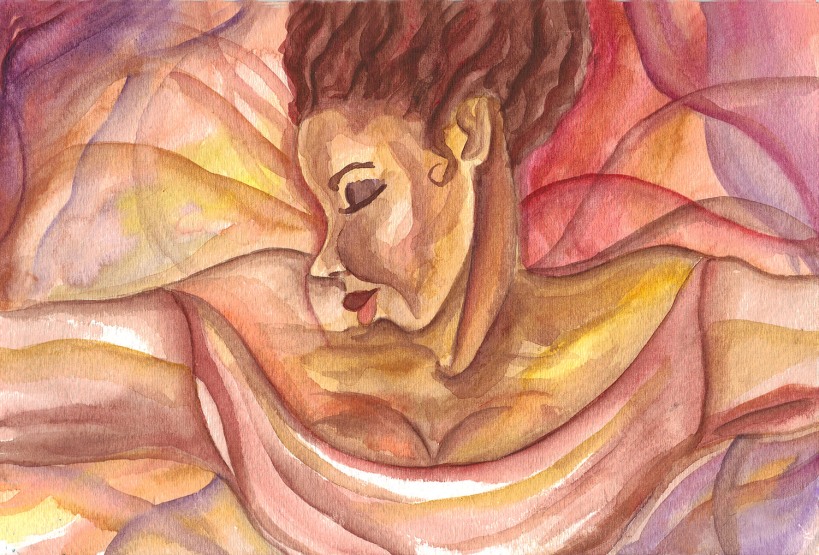 She Said I Do

Couldn’t love him through the pain of hating himself and continue packing flesh-colored powder around the black and blues of what used to be a beautiful face. Laura stuffed  grocery bags and rushed to the boys’ bedroom, where dry splatters of blood stained their walls from last week. Then, headlights came beaming through the window.

Never planned to lay dying at forty. Projects waited for her to complete them. She wondered if Clara, her only friend, had washed the dinner plates in the sink from days before. While the monster ate at her last breast, she imagined her last drink of wine, the glass rim stained with signature maroon lipstick.

They paraded outside with signs, bantering with a sense of rage that she was vile for cutting the cord to life inside her. Noma wept inside and out, thinking of the baby that her step-father planted inside to swell up her thoughts, while her mother sat with folded arms and anger etched across her face.

On Being an Artist, Teacher & Other Possibilities

Out Of My Mind Images

living life with a camera in one hand and a pencil in the other :)

"If you are resolutely determined to make a lawyer of yourself, the thing is more than half done already" - Abraham Lincoln.